Beware Of “Fireproof” Safes To Protect Your Watches 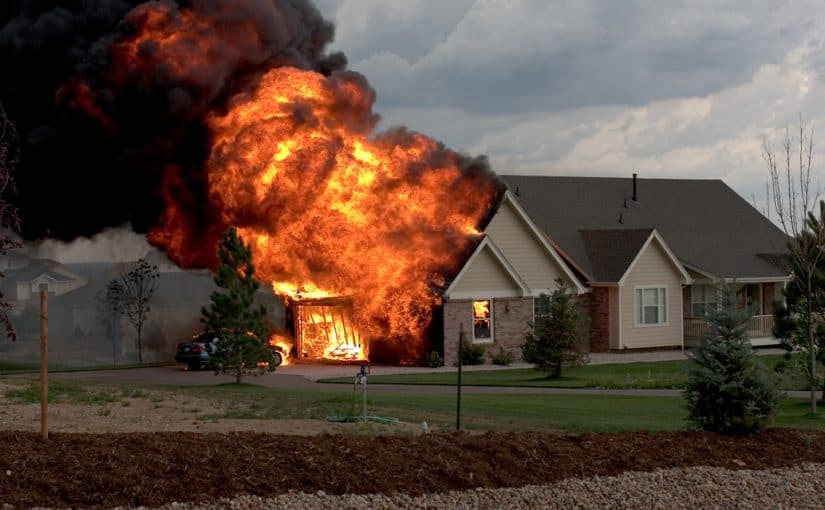 Some of you have asked why we did not make the BlumSafe “fireproof”, as some of the much more expensive jewelry safes profess to be, and as many cheaper safes available in your local big box store advertise. Why not? Because, in reality, most fireproof safes will not adequately protect your watches from fire, and we refuse to engage in deceptive advertising.

Now for the more detailed explanation. The lion’s share of commercially available fireproof safes are not fireproof-enough for watches. Under Underwriters Laboratory (UL) standards, which most safe manufacturers follow in designating their fireproof rating, safes are rated for the length of time they can maintain their internal temperature at or below 350 degrees Farenheit. Why 350F? Because the char point of paper is close to 400F. This makes a lot of sense most of the time, since safe fireproofing has traditionally been meant to protect valuable paper documents. And if you also had some gold jewelry in the safe too? Well, that won’t melt at 350F either.

The only problem is that most watch manufacturers caution you to avoid exposing your watches to high temperatures that are significantly lower than 350 degrees. Omega, for instance, the venerable manufacturer of robust watches (it was chosen by NASA to fly to the moon, after all), recommends for its watches to “Avoid extreme temperatures (above 60C, or 140F, below 0C, or 32F) or extreme temperature changes.” There is a good reason for this warning. The shellac used to hold your watch’s pallet jewels in place softens at 140F (60C) and melts at 160 to 185F (70 to 85C), and the lubricants and gaskets of your watches all deteriorate above 200F. And don’t forget the impact of heat on certain watch face materials, which can melt or otherwise discolor from just sitting for too long underneath a lightbulb to charge its luminescence (come on… you’ve done it, I’ve done it). In other words, a fire engulfing a 350F degree-rated fireproof safe could easily severely damage your watch, with little practical difference than if it were in a non-fireproof safe.

After all, an insurance claim for a fire-damaged watch is the same, at whatever temperature the watch is damaged or destroyed.

There is a second less-used UL rating for fireproofing safes, set at maintaining a temperature of only 125F internally. This rating is used for so-called “media” safes meant to hold digital tapes, film slides, disk drives and similar magnetic media. This would work just fine for our watches. However, media-rated safes are in a small minority of safes because they tend to be heavier, bulkier, provide less interior space and are generally more expensive – and require a fire temperature-knowledgable consumer. It simply takes a lot more insulation to get a rating down from 350 degrees to 125 degrees.

We developed the BlumSafe for our own personal purposes, with the desire for a concealable, chest-height safe that would not take floor space. So we really wanted a wall safe, not a floor safe. However, it would simply have been impracticable for our first product to design a wall safe that had fireproofing that protected to the 125F media safe rating. To fit within 16 inch on center wall studs, the insulation would have eliminated at least one column of winders – reducing us to a maximum eight winder capacity with no extra storage room, and instead of being able to fit the safe within an eight inch deep wall cavity, we would have needed twelve inches. We felt this was too impractical for most of our prospective clients, too limiting in storage capacity, and would add a good amount to expense.

Could we someday make a heavier double-wide (i.e., 32 inch O.C. studs with header) media-quality fireproof wall-cavity safe? Maybe – it would be cool, but it would cost a lot more and be for a much smaller, more specialized audience.
So, we decided to “keep it simple” for our first effort into a virgin market (i.e., reasonably-priced watch winder wall safes). Our product is better built than most other wall safes on the market today, a good amount safer, provides more fire and water protection than a dresser-top watch winder, and can be outfitted with a Samsung SmartThings multisensor to give you early warning of a fire, complementing your home’s fire sensors. It also provides a similar amount of real world protection for your watches as offered by “fireproof safes” – but with more utility.

A final word of advice for all safe owners: always maintain full insurance coverage for your safe’s contents — no safe will provide absolute protection. The only way to eliminate your risk is to put your watches in your bank’s safety deposit box (but then you never get to wear or admire your watches!).