Concealing Your Safe Behind a Canvas...

Beware of “Fireproof” Safes to Prote...

BlumSafe Mounting Ideas – Not Just For... 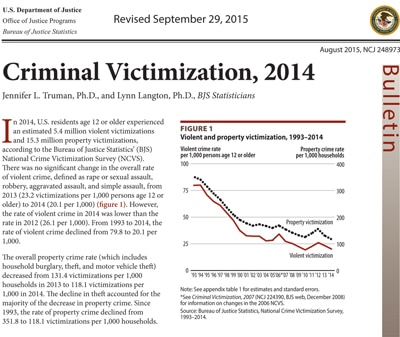 For most watch collectors, the BlumSafe represents an optimal security solution against home theft and burglary. Justice Department statistics show why.

In deciding whether to purchase a safe and what type, you must consider:

Fortunately,  FBI and Justice Department statistics identify the most “likely threat to your valuables” in the US. Here are some basic facts from the Department of Justice 2014 Criminal Victimization Survey and related sources:

This pile of statistics indicates that the overwhelming  threat against your stuff is presented by the stealthy invitee or a low-skilled, fast smash-and-grab home burglary — not a highly equipped, more brazen (and potentially dangerous)  professional.

Taking into account these probable risks, in our next blog post  we will discuss what a “reasonable type of threat protection” looks like, at least from our point of view.